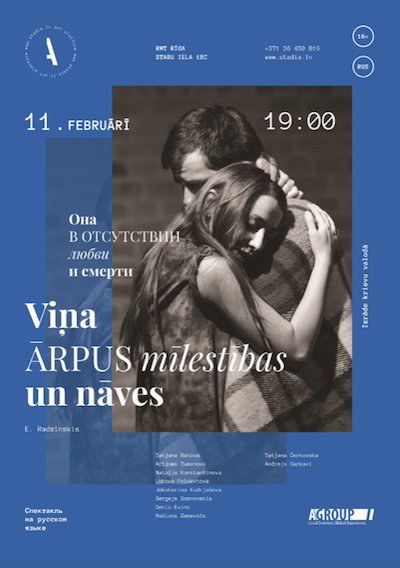 ‘’If you are still able to think and feel… if you have lost, left, loved or searched for something… then this performance can stir up your emotions and force you think again. Additionally, the piercing and sincere ‘’amateurishness’’ of the actors can induce you to jump out of your place in the middle of the play shouting ‘’ Do not do that! I have already tried it… It will not help…’’

‘’This is the most piercing Russian play which I have seen for the last 7 years.’’

Such impressions the performance left on those, who had a chance to enjoy it on that evening.

‘’I am very glad that AGroup had such an opportunity. By following its mission and the will of the soul we help so bright talents and fulfil a one more day of our life with significance and meaningfulness. It is all about people!’’ – said Alexander Snurnitsyn, the CEO of AGroup company.